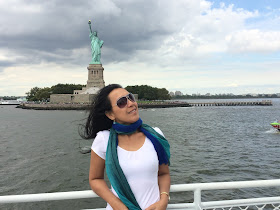 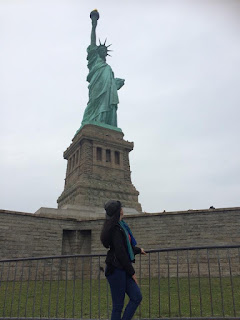 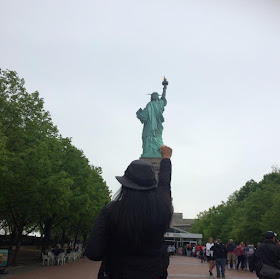 The evolution of Ms. Liberty.

The lighted torch in Lady Liberty's right hand was used as a navigational aid for ships entering New York Harbor. It is a piece of information that is good to know.

The statue was a gift from the people of France to the people of the United States. It is made of copper and has a height of 151 feet from ground level to the torch.

The record says that "it was first illuminated at 7:35 PM on November 1, 1886. On November 7, 1886, the statue went dark for 2 weeks.  The "World" reported, "The torch of the Goddess of Liberty is suffering from an attack of red tape." President Cleveland then gave the executive order to continue the lighting. Since November 22, 1886, the Statue of Liberty became operational as a lighthouse."

However, in March 1902, the Statue of Liberty was discontinued as an aid to navigation. The National Park Service assumed control and transformed the statue into a tourist attraction.

The formal title of the statue is "Liberty Enlightening the World." For me, the Statue of Liberty is the mother of all the lighthouses, at least in America. It may not be the traditional lighthouse structure, but it is more than that, and it has served its purpose for many years.

It is interesting to know that her left-hand carry a "tabula ansata" (a tablet) with July 4, 1776, inscribed in Roman numerals.  On her feet is a "broken shackle and chain as she walks forward commemorating the national abolition of slavery." Thus, she became an icon of freedom. 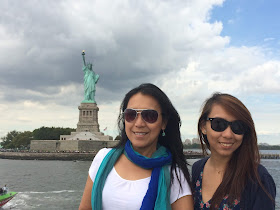 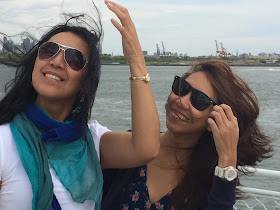 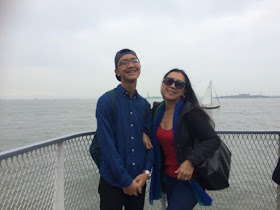 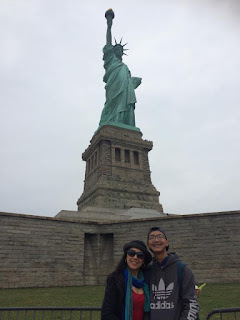 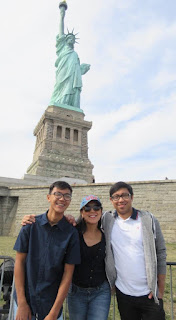 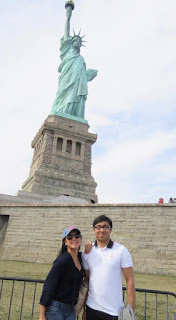 New York has a big part of my life in America, especially when I was new to settling in.  It is a "welcoming sight to immigrants arriving abroad."  She did welcome me, too.  I've visited the statue several times with my children on different occasions. I have many good memories.
The Statue of Liberty is a must-see attraction for anybody visiting New York. You wouldn't say you have visited New York if you didn't see this icon.  It is a piece of history. It is a beauty. 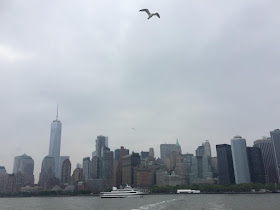 Landing in New York, passengers first time traveling in this city of "big apple" always ask which side has a better view, especially to see the Ellis Island where she is standing.  The Statue of Liberty can be spotted nicely on aerial view, surrounded by the NY harbor's busy sights and sound.  You would see her right hand raised with a torch but without light this time.  It's kept in history.

Lady Liberty is one of the symbols of America, and it was once . .  a lighthouse. 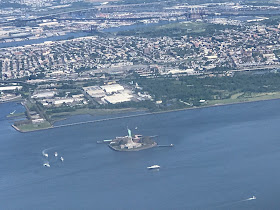