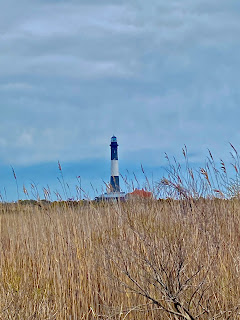 Long Island in New York has more than 20 lighthouses, and Fire Lighthouse has the bragging right of being the tallest.  There are 82 steps to the top where you can enjoy 360-degree views.  Climbing the lighthouse on a clear day, you will see the New York City Skyline. That's impressive. Just like other iconic lighthouses, this is the second Fire Lighthouse. "The first Fire Lighthouse was built on the westernmost end of Fire Island in 1826. It was removed, and its materials were recycled into the present-day lighthouse and terrace, completed in 1858." According to the Fire Island Lighthouse Preservation Society, the lighthouse was an important landmark for transatlantic ships coming into New York Harbor at the turn of the last century. For many European immigrants, the Fire Island Light was their first sight of land upon arrival in America." Exploring Fire Island and discovering the lighthouse in spring with my children was a relaxing weekend to unwind. It was a wonde
Post a Comment
Read more 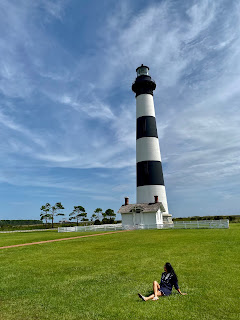 Bodie Island Lighthouse is a tall beacon to passing ships, located south of Nags Head in the Outer Banks, North Carolina. The Bodie Island Lighthouse was first lit on October 1, 1872. Record says, "This 1708-foot structure is one of the remaining brick tower lighthouses in the United States and one of the few with an original first-order Fresnel lens to cast its light." According to history, "The current structure is actually the third lighthouse to guard this region of the Outer Banks coastline. The first Bodie Island lighthouse was built in 1847 and had to be abandoned due to a failing foundation, while the second lighthouse, built in 1859, was destroyed by retreating Confederate troops to keep it out of Union hands in 1861." There are 214 steps to the top, and the lighthouse is open for climbers in the summer months. Keeper's quarter is adjacent to the lighthouse, which houses a bookstore and exhibit.  The grounds surrounding the Bodie Island Lighthouse are a
Post a Comment
Read more 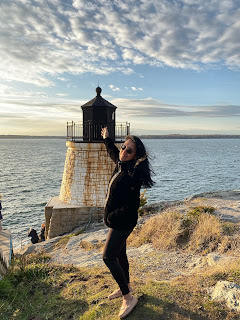 A symbol of Newport, Rhode Island, Castle Hill Lighthouse is located on Narragansett Bay at the end of the historic ocean drive. The lighthouse is a famous site for wedding photos and tourist photos. It is built right into a cliff, making her a natural feature of the landscape. According to history, "The lighthouse was completed in 1890 on property formerly belonging to the naturalist, oceanographer, and zoologist Alexander Agassiz of Harvard University. Agassiz sold the land to the United States Government for the lighthouse for $1." The lighthouse is not open to the public, but the grounds are open for photography and relaxation.  If you have a chance, staying until the sunset is worth it.  You will surely get beautiful shots of a sunset by the lighthouse.  Just like what I did! Please check out my YouTube for the video story:  Castle Hill Lighthouse
Post a Comment
Read more 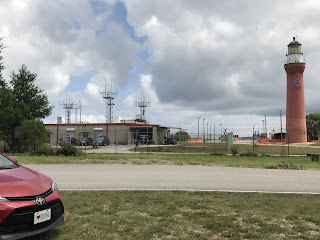 Start in your own backyard.  I waited the last minute to visit this lighthouse to wrap up my 50 lighthouses. It's a nice historical lighthouse . . . a drive away from my own place.  St. John's River Light is located on the grounds of Naval Station Mayport. She is tall and stands 85 feet. Her old beacon has served as a guide for many years. Her beauty may have been faded, but she still holds her pride, power, and dignity.  The lighthouse was constructed in 1858 and first lit in 1859. It was the third lighthouse erected at the mouth of St. Johns River and was designed specifically to overcome the previous lights' problems.  The first lighthouse was demolished, and the second was abandoned and enveloped by the river.  After 70 years of service, the light was decommissioned and replaced by St. Johns Lightship. It is moored 8 miles offshore from the river's mouth. It would be nice to see this Lightship one day.  Also known as the "O
1 comment
Read more 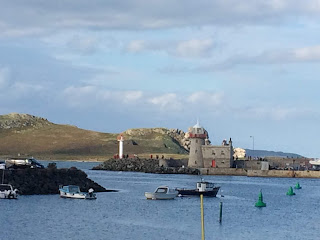 Dublin, Ireland, was one of those spontaneous trips I've had. I tell you why.  This was my 49th birthday trip.  I've been planning to go somewhere, a short trip to celebrate an equally important year before I turn 50.  My bag was packed for an overnight, but not specifically to Dublin.  After having a nice dinner sponsored by my kids, I headed back to the airport to catch a flight to Jacksonville.  I lost track of time spending it with them, so I missed the flight.  Hence, my spontaneous decision to go to Dublin happened.  My fate brought me here.  Thanks for the comfortable Delta One seat.  It was an easy decision for me to pursue this travel. It was a good birthday treat. Most of the time, I do hop on and off bus tours to maximize my trip.  I did it this time again.  The bus took us to this town called "Howth" in the countryside. It is a small fishing village located in the outer suburb of Dublin.  I spotted the lighthouse on my wal
Post a Comment
Read more 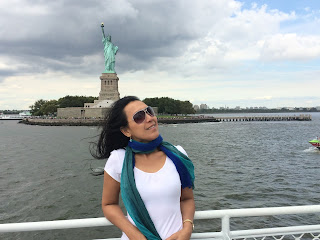 The evolution of Ms. Liberty. Most people know that the Statue of Liberty is one of the iconic places in New York and a symbol of America's promise.  Bu t not too many people are aware that the Statue of Liberty was once a lighthouse.  The lighted torch in Lady Liberty's right hand was used as a navigational aid for ships entering New York Harbor. It is a piece of information that is good to know. The statue was a gift from the people of France to the people of the United States. It is made of copper and has a height of 151 feet from ground level to the torch.  The record says that "it was first illuminated at 7:35 PM on November 1, 1886. On November 7, 1886, the statue went dark for 2 weeks.  The "World" reported, "The torch of the Goddess of Liberty is suffering from an attack of red tape." President Cleveland then gave the executive order to continue the lighting. Since November 22, 1886, the Statue of Liberty became operationa
Post a Comment
Read more 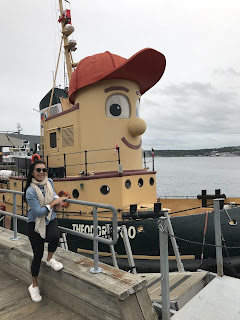 Theodore ride and the lighthouse. I was excited to make my work trip to Halifax,  Nova Scotia, because I wanted to explore another lighthouse to finish my journey of visiting 50 lighthouses. I am almost there.  Yes, I did join the kids onboard the "Theodore" boat.  The weather was a little chilly and cloudy, yet a beautiful day to sail the harbor. History says that “the  original lighthouse on George Island was built in 1876. A second tower was built in 1903 but was destroyed by fire.  This current tower was built in 1917 and was first lit in 1919.” A lightkeeper's house remains standing next to it, which projects a historic lighthouse's typical image . It’s a beautiful image. There is no access to the island, and the only way to see the lighthouse up close is via sailboat.  St. George Island Lighthouse is an icon on this island. She's been a guiding star for many years.  A picturesque guiding star. Our tour guide told us an int
Post a Comment
Read more
More posts

Lia
Lia is a passionate flight attendant. A simple woman who appreciates and finds joy in simple things. She loves sunset, sunflowers, and books. She lives her best life with grace, gratitude, happiness, and strength. Her life has many beautiful journeys. Lia volunteers and catches up with her writing hobby when she's not flying.